How Does Empathy Happen? 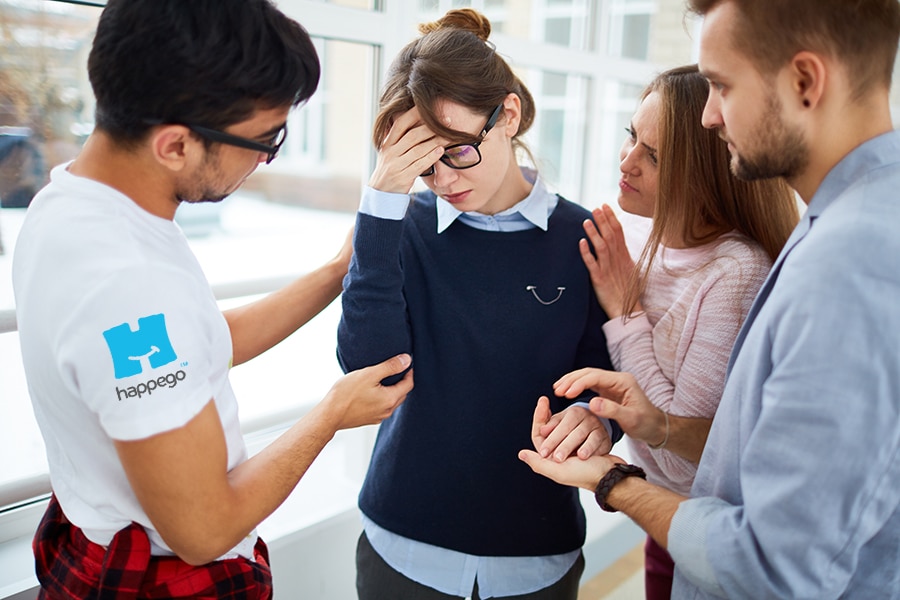 “Self-absorption in all its forms kills empathy, let alone compassion. When we focus on ourselves, our world contracts as our problems and preoccupations loom large. But when we focus on others, our world expands. Our own problems drift to the periphery of the mind and so seem smaller, and we increase our capacity for connection – or compassionate action.”

To have an empathetic feeling toward another requires that the brain possess an understanding of how the person came to feel that way in the first place, generally by understanding the other person’s perspective, referred to clinically as Theory of Mind (ToM).

However, one must still be able to keep the other’s perspective mentally separate from their own feelings. This is known as Self-Other Discrimination.

When a person views someone they assess are in pain, a set of neurons called the Mirror Neuron System in the brain’s neural pain circuits are affected, which are responsible for how the brain “mirrors” events we witness. The brain then starts to process the information leading to the empathetic response. Specifically, the parts of the brain which empathy activates are the interior frontal gyrus as well as the inferior parietal lobule.

However, the ability to process self-other discrimination uses completely different areas of the brain.

To process self-other discrimination in order to assess whether the pain or danger is another’s or our own, the brain uses the inferior parietal cortex, extrastriate body area, ventral premotor cortex, the temporoparietal junction, and posterior superior temporal sulcus.

So, many parts of the brain need to be functioning properly and interacting efficiently with one another, in order for us to assess two very important things:

With this understanding, one can easily see how even the smallest of issues with any of these separate areas of the brain could lead to imbalances in the process of experiencing empathy.

Political tendencies may be attributable in part to Amygdala size, influencing whether an individual tends to be more liberal or conservative. A study found that:

The Amygdalae and Kindness 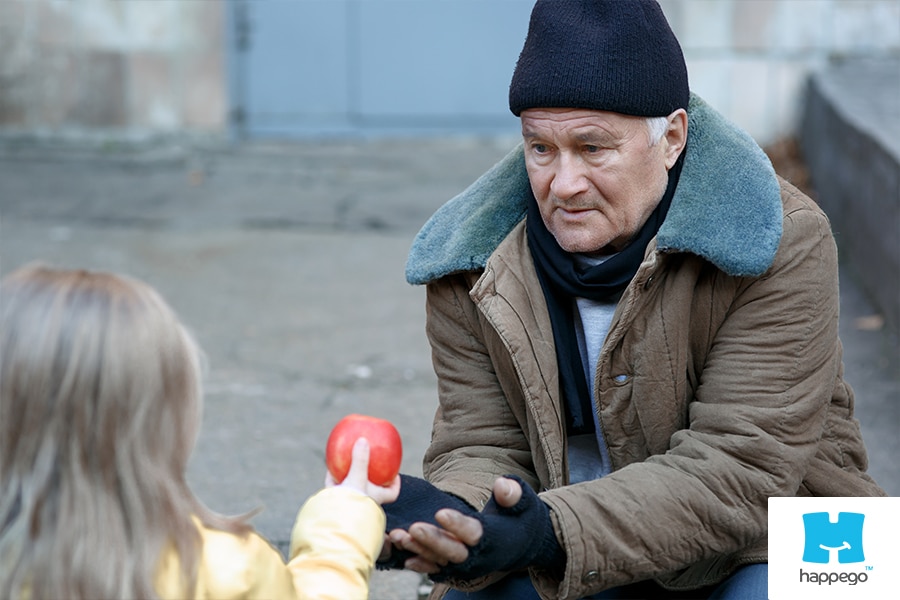 The amygdalae are a pair of almond-shaped structures in the brain which is the basic fear reception center. There are two amygdalae located in the temporal lobes of the brain. Each side has its own association, the left influences the information regarding rewards. Negative emotion dominates the processes of the right side.

Studies showing that electrical stimulation of the left amygdala produced either happiness or unpleasant emotional reactions. Electrical stimulations in the right amygdala, however, produced only negative emotions, with an emphasis on sadness and fear. Amygdala size of each has been found to have an effect on cognitive styles.

A Psychologist at Georgetown University, Abigail Marsh, studied a group of kidney donors. These donors had been selected for their uncommon kindness and willingness to donate a kidney of their own, sometimes also incurring their own expense. These were individuals who have chosen to donate a kidney to a stranger, receiving no compensation in return.

19 donors were brought in from all areas of the country for the test. MRI machines were used to gauge brain activity while subjects were shown pictures of facial expressions. These facial expressions varied from neutral, to fearful and angry. The study showed that the kidney donor group had on average an 8 percent larger amygdala size than those of a control group.

This correlates with another study regarding amygdala size and it’s effect on psychopathy.

Neuroscientist Kent Kiehl has studied over 4000 prison inmates since 2007. In the general male population, there are is one individual with psychopathic tendencies in 150. Within the prison populations of the US and Canada however, 1 in 5 male inmates scored high in psychopathy.

Again, as in Dr. Marsh’s study on altruistic kidney donors, Kiehl’s team used MRI machines to scan the reactions of the inmates when shown a variety of imagery.

These findings have led Dr. Kiehl to the conclusion that psychopaths have impairments in their finely-tuned system of interconnected brain structures—including the amygdala and the orbitofrontal cortex – that would normally help process emotions, make decisions, control impulses, and set goals, under normal circumstances.

“There is basically about 5 to 7 percent less gray matter in those structures in individuals with high psychopathic traits compared to other inmates. The psychopath appears to compensate for this deficiency by using other parts of the brain to cognitively simulate what really belongs in the realm of emotion. That is, the psychopath must think about right and wrong while the rest of us feel it.”

Kiehl believes that the amygdala and the orbitofrontal cortex, part of a complex group of brain structures that are associated with processing emotions in decision making setting goals and controlling impulses, are damaged or compromised in the psychopathic individual. One of the reasons for this belief is that there is actually less gray matter in those areas, 5 to 10 percent less in those with high psychopathic traits.

In the brain of the psychopathic criminal, the tests show reduced amygdala activity. The emotional processing ability of a psychopathic individual is therefore compromised. The psychopathic individual then often uses other brain processes to discern what emotion is appropriate to the situation at hand. The difference is that while most people might witness a picture of something disturbing and know right away whether it’s good or bad, right or wrong, a psychopathic person would possibly have to first go through the step of organizing where this information belongs and how to process it.

“Psychopaths really just have a complete inability to appreciate anything like empathy or guilt or remorse, just extremely different than the rest of us.”

– Dr. Kent Kiehl, neuroscientist at the Mind Research Network at the University of New Mexico.

According to Kiehl, testing based on responses to imagery shown to both psychopathic criminal inmates and non-psychopathic criminal inmates has shown that ratings by both groups were not that different, that is, they both understand that the pictures show a moral violation, however the brain regions governing moral reasoning in psychopaths show overall lower levels of activation.

Alcoholism is a known damaging factor to the amygdala and the emotional processing network, with deterioration being caused by repeated episodes of intoxication and withdrawal.

Development of the Amygdala

Effect of Compassion Meditation on Empathy

An actual ability to show an increased response in the amygdala after meditation has been shown by experienced Buddhist monks. These monks were part of a functional MRI study which showed that the monks, especially the more experienced monks, were able to achieve modulation of not only their amygdala but also their insula and temporoparietal junction.

The Buddhist monks’ practice of compassion meditation may help to assist those who genuinely would like to become more empathic.