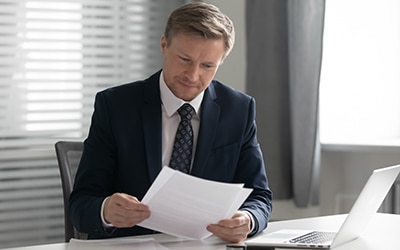 “The Belief that I am exempt from responsibility and I am owed special treatment.”
– Dr. John Townsend, The Entitlement Cure

What Is Entitlement, And Why Should I Care?

A sense of entitlement has become so commonplace in our language, media, marketing and daily interactions that we almost don’t notice it anymore. “You deserve the best.” “You’re entitled to free health care.” “Everyone gets a trophy.” And not surprisingly, entitlement can lead to a heightened sense of self, which left unchecked, can lead to narcissistic tendencies – the self-centered belief that the world revolves around me. In fact, today, we even use the underlying notions of entitlement and narcissism to describe generational groups, such as ‘The Trophy Generation”, and “The Selfie Generation”, which are a far cry from “The Greatest Generation”, which was about ‘we’, not ‘me.’

But exactly what is entitlement? What causes it? How does entitlement influence self-perception and interactions and relationships? And how can you break free to be your best self?

In his book, The Entitlement Cure: Finding Success In Doing Hard Things The Right Way, Dr. John Townsend defines entitlement as the belief that one’s self is exempt from responsibility and owed special treatment, unearned or worked for, regardless of its impact on others. Entitlement consists of four major components:

Townsend suggests that there are two types of entitlement, Pocket Entitlement and Global Entitlement.

It can be difficult to pinpoint the exact cause of entitlement because it is not always an easily understood, readily apparent scenario. Why we believe, think or feel the way we do is the product of our overall life experiences. But using symptoms as a guide can help determine a more entitled view of life. Townsend states, “Regardless of whether they are evident or cloaked, the virus infects our attitudes and actions through many of the following beliefs:

Townsend further explains, “Whatever the cause in the mind of the entitled person, the end result is that the person (actually) believes that they don’t have to play by the rules of responsibility, commitment and ownership.”

The Effects of Entitlement: Alienation, Anger, Resentment and Helplessness

A feeling of entitlement not only affects the individual but also others with whom that person interacts with, ranging from alienation and anger, to resentment and helplessness.

Some individuals that interact frequently or infrequently with an entitled individual often feel helpless to do anything about it. Usually those resting on the more leading Emphatic side of the Empathy Spectrum, those who like to give, give till there’s nothing left to give. Repeated explaining, arguing, warning and trying to alert the entitled person to the discomfort their attitudes and actions are causing themselves and others leads to further anger and a growing sense of helplessness and resentment.

While there may be little you can do to rescue an entitled individual, you can set personal boundaries and take care of yourself emotionally and physically so that you, too, don’t fall victim to an entitled individual. One such way is with Happego. Happego is a mental health and well-being app that can help you set boundaries and practice self-care in a simple, seamless manner. Happego incorporates science-backed stimuli on smartphones, or electronic screens, every time you wake up the device so that your unconscious mind receives subtle signals to help you set personal boundaries, or accomplish any other goal you set for yourself.

Join User Experience Research and be Entered to Win $2,500

Happego (“Happy-Go”), a mental health and wellness app available on Android Play Store & Apple App Store, is launching a User Experience Research Study that gives participants full free access to the app, enters them into a $50 weekly drawing, and a $2,500 grand prize. The goal of the research study is to learn how to best leverage regular smartphone and tablet screen use to improve lives.

The research study asks participants to complete a simple, three-minute survey each week for 4 consecutive weeks to qualify for monetary prizes. Now join the research study, that is designed for Android users and runs through April 2020.